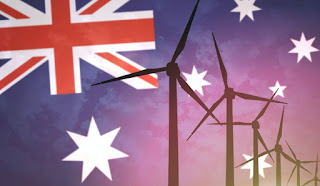 The fifth “Brown to Green” report, dedicated to a review of the situation in the G20 countries on climate change adaptation and mitigation performance in all key sectors and in the financial sector, is categorical: Australia is one of the worst countries for response to climate change.
Lack of politics, bad decisions to deal with high emissions from transport, dependence on fossil fuels, increased emissions, deforestation, a country that is economically, politically and ecologically exposed, which is therefore the worst third between all countries.
Only South Korea and Canada were farther away from Australia than the commitments made for the Paris climate commitments, while the ocean nation was, together with India, the only G20 country that had not introduced policies to evaluate greenhouse gas emissions.
In general, “the continent-island” is among the most backward countries in each ranking. Third for emissions per transport per capita, without policies (like Russia) to reduce the use of petrol cars, to activate a decarbonisation process and encourage public transport, with high emissions in the construction sector (like the United States and Saudi Arabia) without building codes concerning the renovation of older buildings. On deforestation, the report states that Australia was the only developed country that was a «deforestation hotspot», but had no policies to address it.
The chief executive of Climate Analytics, Bill Hare, co-author of the report, said: «Australia is behind on climate action in nearly every dimension. Australia’s emissions are increasing and there’s virtually no policy in place to reduce them». All this lack of action, Hare said, was leaving Australia and its people exposed on climate change «economically, politically and environmentally».
A real drama, considering the potential of Australia, which has «one of the best solar energy potential and wind potential in general of any of the G20 countries».
NEXT STORY

Why the Environment Needs Water Markets

The new UN report (through the intergovernmental platform for science and UN policy on ...