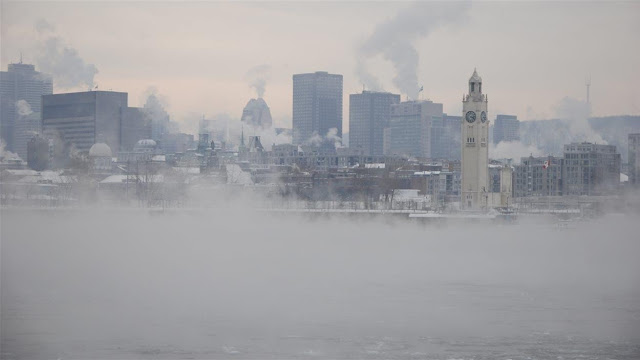 A study conducted by McGill University in Canada and published on the journal Epidemiology has for the first time linked ultra-fine particles (UFP) of air pollution to brain cancer. These, produced by the combustion of fuel, significantly increase people’s chances of contracting deadly cancer by penetrating the brain by transporting carcinogenic chemicals.
The research analyzed the medical records and the exposure to pollution of 1.9 million adult Canadians from 1991 to 2016. A review of the studies in 2019 concluded that air pollution could damage every organ and practically every cell in the body human. But not only that, according to the World Health Organization, pollution produces mental health problems, dementia and reductions in intelligence.
A one-year increase in the exposure to pollution of 10,000 nanoparticles per cubic centimeter has increased the risk of brain cancer by more than 10%.
Scott Weichenthal, study leader, said: «Environmental risks like air pollution are not large in magnitude, their importance comes because everyone in the population is exposed. So when you multiply these small risks by lots of people, all of sudden there can be lots of cases. In a large city, it could be a meaningful number, particularly given the fact that these tumours are often fatal».
The pollution levels in the cities studied (in Toronto and Montreal) ranged from 6,000/cm3 to 97,000/cm3. Weichenthal said people living with pollution of 50,000/cm3 have a 50% higher risk of brain cancer than those living with 15,000/cm3.
Also Weichenthal said: «We don’t know a lot about the causes of brain tumours, so any environmental factors we can identify are helpful in increasing understanding». The team only had air pollution data for the more recent period of the study and assumed the differences between different streets and districts were the same in the past. «We think this is reasonable because major highways don’t move around» he said.
Weichenthal said the correlation seen between brain cancer and nanoparticles was «surprisingly consistent», but as this is the first study, it is important that other researchers replicate it.

Australia is not actively responding to the fight against climate change, among the worst in the G20

Greenpeace has criticized the European Union for not having adequately addressed the issues concerning ...

A new research published in Monday’s Proceedings of the National Academies of Sciences shows ...