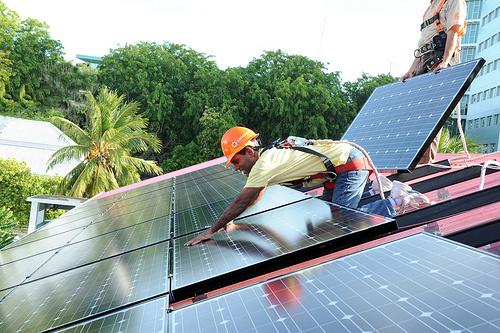 People are used to thinking of the United States and Europe as countries capable of setting the line for a clean and environmentally friendly economic revolution. But it is precisely from a continent that has several developing countries, Africa, that a significant response could come.
In fact, Africa could be driving for the use of renewable energy alongside demographic expansion and urbanization even if, to date, it has less than half of the solar energy plants seen in the United Kingdom, despite the sunnier conditions. So starting from a disadvantage why Africa should play a leading role?
The International Energy Agency, or IEA, expects a solar platform boom in countries across the continent, which could provide hundreds of millions of electric homes for the first time and put the Africa as a guide. We consider that the whole of the continent exceeds China and India by population, with a growth of 2 billion people planned for 2040, that posing a question of necessity even before economic standard the use of renewable energies.
Fatih Birol, executive director of the IEA, said «optimistic about Africa’s energy future – it will surprise pessimists; I have great expectations for the energy industry in the years to come, both in terms of bringing energy access to Africa’s people but also driving economic growth».
«Africa’s total contribution to cumulative global emissions from energy over the last 100 years is only 2% – Birol said – which is half the emissions of Germany today. If everyone in Africa had access to energy this 2% will rise to just 3% – it’s still nothing. It’s peanuts compared to other countries in the world which are using fossil fuels such as coal for energy».
NEXT STORY

Australia is not actively responding to the fight against climate change, among the worst in the G20

The Ivory act remains in force, the United Kingdom leading the fight against the ivory trade

The Hintereisferner Glacier in Austria in 2006. The glacier’s edge has retreated up the ...

According to environmentalist associations the government should block new coal mines in the UK. ...

Clash between European parliament and commission on the use of pesticides. Bee colonies at risk