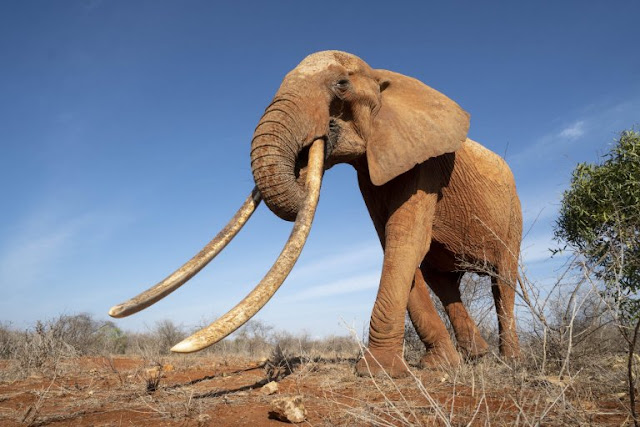 The 2018 Ivory Act is safe. Despite the attempts of some groups of antiquarians (Friends of Antique Cultural Treasures, FACTS, and British Antique Dealers’ Association, BADA) to appeal to the high European court of the human rights against the act that banishes the trafficking of the ivory and criminalizes the trade of all ivory artifacts with some artistic exemptions, arguing that sales of “cultural heritage” objects had no impact on the market for illegally plundered tusks and that the ban undermined the European convention on human rights by interfering with individuals’ property rights, this will remain in effect.
In addition to the politicians who led to the signing of the act, they exult also associations and conservative groups, who argued that any dilution of the ban would revitalise illegal elephant poaching and preserve the UK’s position as a world leader in the fight against the ivory trade.
The prohibition was championed by the former environment secretary Michael Gove, who pledged to introduce «one of the world’s toughest bans on ivory sales to protect elephants for future generations». Answering to the judgment, Mary Rice, the chief executive of the Environmental Investigation Agency (EIA), said: «This is a victory for common sense and one which maintains the UK’s position as a global leader when it comes to fighting the illegal ivory trade». Theresa Villiers, environment secretary, said: «I welcome today’s ruling by the high court which upholds the UK’s commitment to ban the ivory trade. We will move forward and make sure the ban comes into operation as soon as possible to protect wildlife and the environment». The EIA is part of a coalition of 11 conservation organisations that supported the Ivory Act, arguing that any legal trade in ivory provides cover for the illegal trade because it is difficult to distinguish between antique and newly carved ivory.
Conservationists estimate that 55 African elephants are poached every day, which they say is an unsustainable rate of loss. Also, the chief executive of the campaign group Stop Ivory, John Stephenson, said: «We hope that’s the end of the matter and that the government can get on with implementing the act, without further distractions». And the head of policy and campaigns at the International Fund for Animal Welfare, David Cowdrey, said that «It is a fantastic day for elephants, and for everyone that has fought so hard to make the UK’s ivory ban one of the toughest in the world».
Other countries, such as Singapore, Australia and New Zealand, have introduced, or are considering, similar legislation.
NEXT STORY

The UK banned the use of fracking due to possible earthquakes

How Google is using big data to protect the environment

Ucilia Wang from The Guardian For many people, Google is simply the gateway to ...

How Batteries Could Revolutionize Renewable Energy

from Time All over California, there’s evidence of the state’s goal to lead the ...

Today is taking place the World Environment Day. This is a flagship campaign held ...