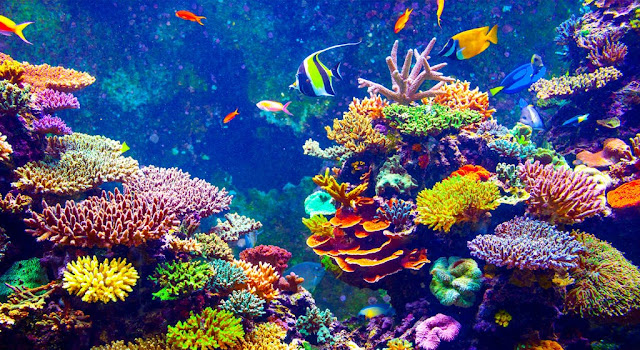 Sun cream is very important for our skin and health, but it is not healthy for the environment.
Certainly the inattention of man in the use of the product is the real problem, but the fact is that the product contains toxic elements for marine nature. In fact, a study published in the Environmental Contamination Toxicology journal in 2015 claimed that some chemicals used in sunblock (oxybenzone and octinoxate, two of the most used UV blockers) may be damaging to coral reefs.
Dr Louise Allcock, head of zoology at NUIG, says there have been a limited number of studies on the issue. “The jury is probably out a bit on whether sunscreen is damaging to coral reefs,” she says. Many state, as Palau, Florida (USA) and Hawaii (USA), banned sunblocks containing these ingredients, while Mexico also encourages visitors to use “reef-safe” products.
Some brands, including Nivea, Caudalie and REN, have excluded the two chemicals from some of their products, while mineral sunscreen alternatives made by Badger, Earth Mamma or Green People also claim to be reef- or ocean-friendly, and present a small logo of a coral plant to indicate that is “reef-friendly”.
However the same Dr. Allcock criticizes the alarmism generated by the issue of sun cream, compared to other problems. «Sunscreen is a huge distraction from the fact that the biggest threat to the ocean is the climate crisis,» she says. «If people want to do one thing that would help coral, they could either cut their car usage – walk, cycle, carshare, take the bus – or eat less meat and dairy. Transport and cows are responsible for a huge proportion of our greenhouse gas output».
Also, Prof Terry Hughes, as director of the ARC Centre of Excellence for Coral Reef Studies, has done extensive research on the Great Barrier Reef and has found there is insufficient evidence to prove that sunscreen incurs bleaching. Other marine scientists have echoed this, describing the 2015 study as “misguided”.
NEXT STORY

Eco-friendly packages do not mean healthy cigarettes, tobacco marketing is under observation

Europe must face the classic economic clash between optimizing companies’ profits and the protection ...

from The Guardian As party leaders prepare to sign off on their election manifestos, ...