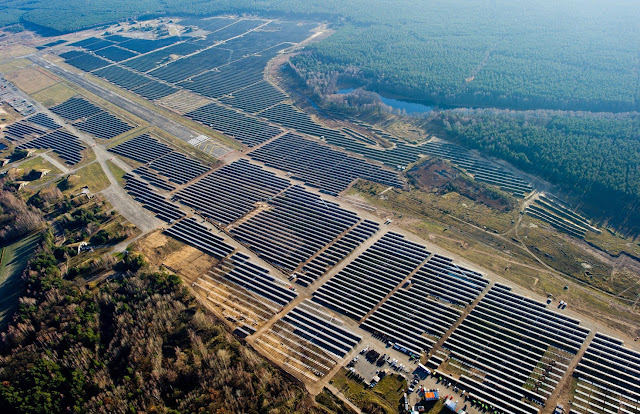 There are ambitious solar and wind projects planned for both the Northern Territory and the Pilbara in Western Australia to export energy in Singrapore, generate billions and make Australia the centre of low-cost energy in a future zero-carbon world.
The installation, known as Sun Cable, would be the world’s largest solar farm. If developed as planned, a 10-gigawatt-capacity array of panels will be spread across 15,000 hectares and be backed by battery storage to ensure it can supply power around the clock and, thanks to a high-voltage direct-current submarine cable, export energy to the Indonesian archipelago and Singapore. The contribution will be able to provide one-fifth of the island city-state’s electricity needs.
The Northern Territory plan follows a similarly ambitious proposal for the Pilbara, where another group of developers are working on an even bigger wind and solar hybrid plant to power local industry and develop a green hydrogen manufacturing hub.
Both teams say it will be four years before they lock in finance, with production scheduled to start mid-to-late next decade. But renewable energy watchers are cautiously optimistic they could help spark a new way of thinking about Australia’s energy exports.
The giant of Oceania in fact has considerable faults in the slowdown for the environmental struggle. Australia is the world’s biggest exporter of coal and rivals Qatar as the leader in selling liquified natural gas (LNG). Ross Garnaut, former advisor to Labor governments who is now professor of economics at the University of Melbourne, lays out his analysis of how Australia, with the best renewable energy resource in the developed world, could expand its energy production while significantly reducing global emissions. Garnaut says Australia can, if properly managed, be the centre of low-cost energy in a future zero-carbon world.
Roger Dargaville, a senior lecturer in renewable energy at Monash University and member of the Energy Transition Hub, believes future exports will almost certainly be a mix of hydrogen, cabled electricity and minerals refined before shipment. He says no one should underestimate the scale of what would be necessary to replace Australia’s existing fossil fuel industries (coal and LNG industries are worth more than $100bn a year and employ tens of thousands) and that the political and technological challenges will be significant.
NEXT STORY

Sunscreen can be harmful to corals, but is it really a serious problem?

Scotland, salmon farms towards closure due to environmental damage

According to data collected by scientists, the concentration of carbon dioxide in the atmosphere ...

From Gazzetta del Sud (english version) Climate change is one of the main global ...

Global warming damages the anglerfish and the food chain