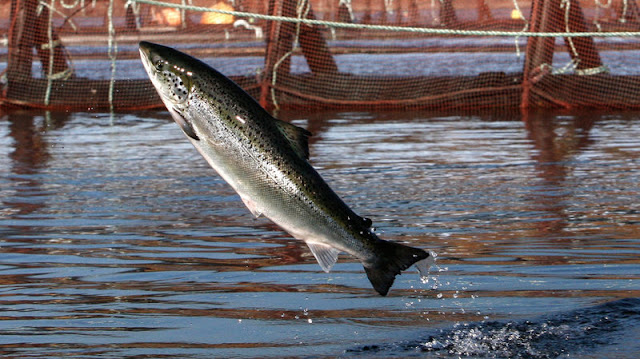 The clash between economic market demand and respect for the environment continues to create disputes. In Scotland, in fact, some salmon farms will be closed by proprietary companies in response to environmental constraints imposed by the local government after 15 years of non-compliance with the required environmental standards.
The closure of the Loch Ewe salmon farm, west coast, was decided by the world’s largest salmon farming company Mowi to focus its production on «locations more appropriate for modern day aquaculture» against the decision of the Scottish Environmental Protection Agency that imposing reductions of around two thirds on the permitted quantity of fish farmed.
The Loch Ewe farm has recorded “unsatisfactory” benthic levels every year since 2005. Benthic monitoring measures the levels of macro-invertebrate species in and on the seabed.
Andrew Graham-Stewart, director of Salmon and Trout Conservation Scotland (S&TCS), said: «We welcome Mowi’s decision to close the Loch Ewe farm. There can be no doubt that the decision is a vindication of S&TCS’ long campaign to end salmon farming in this enclosed sea loch». «If Mowi – he adds – wishes to apply for a biomass increase at another location, then that should be judged on its own merits. Indeed, it would be disingenuous to try and link it to the closure of Loch Ewe. Furthermore it is vital that any biomass increase elsewhere avoids migration routes for wild salmonids».
Mowi answer that sites’ permanent closures would only come if they could relocate the salmon to its other farms and «the sites will be closed permanently conditional to the support from our regulatory system to transfer the biomass to other locations, and to sustainably expand our production in the best possible areas for salmon farming thus protecting the associated jobs».
Activist Corin Smith said this stance was “ridiculous” because «it is significant that Mowi are saying it’s an internal decision and they’re making it conditional on the biomass being relocated. It’s a thoroughly empty statement because the idea the law would permit the unilateral transferring of biomass from one farm to another on the basis of the original farm failing its environmental standards is ridiculous». Also marine ecologist Sally Campbell said: «my concern is the ecosystem is being damaged beyond repair. Many chemicals are used to inhibit the lifecycles of the sea lice, which are from the same group of animals as prawns, crabs and lobsters».
NEXT STORY

By Rory Carrol, from The Guardian   Barack Obama concluded his Alaska trip on ...

A new research published in Monday’s Proceedings of the National Academies of Sciences shows ...