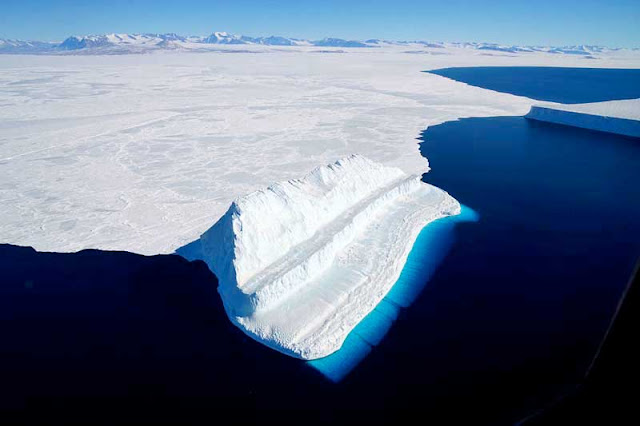 A state of potential danger in Antarctica following the separation of the biggest iceberg in more than 50 years from the Amery Ice Shelf. An iceberg of 315 billion-tone, with a size of 1,636 sq km (more like the Greater London) from the third largest ice shelf in Antarctica, key drainage channel for the east of the continent. D28 (that’s his new name) is calculated to be about 210m thick and contains some 315 billion tonnes of ice.
A condition that was already monitored and predicted by scholars, so much so as to have long since gained the nickname of “loose tooth” (because of its resemblance in satellite images to the dentition of a small child).
Prof Helen Fricker from the Scripps Institution of Oceanography, is «excited to see this calving event after all these years. We knew it would happen eventually, but just to keep us all on our toes, it is not exactly where we expected it to be». Also, she says that there is no link between this event and climate change. Satellite data since the 1990s has shown that Amery is roughly in balance with its surroundings, despite experiencing strong surface melt in summer. However, the Australian Antarctic Division will watching Amery closely to see if it reacts at all.
Nearshore currents and winds will carry D28 to west. It’s likely to take several years for it to break apart and melt completely. Fears for situations of possible danger for navigation in the Antarctic Sea, making intense monitoring necessary from today until its dissolution.
NEXT STORY

Environment, Oxfam: to the poor less than a cent a day to withstand the effects of climate change

Is gas really cleaner than fossil fuels? Not anymore!

We are used to think that the circulating fleet powered by gas was less ...

A multinational alliance against plastic waste

A letter to Cambridge to stop fossil fuel investments

University of Cambridge has set up a campaign of divestment in fossil fuel companies, ...